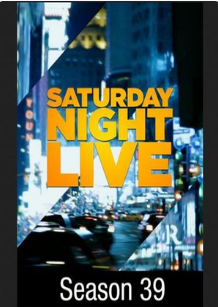 一门影视 – 好看的电影电视剧聚合网 – CDEM为你提供： 周六夜现场 第三十三季综艺在线观看，【 更新至01集】！
《 周六夜现场 第三十三季》Saturday Night Live aired its thirty-third season, during the 2007–2008 television season on NBC. Because of the 2007–08 Writers Guild of America strike, there were only 12 episodes produced in this season instead of the usual 20 (with 4 consecutive episodes made between February 23 and March 15), making this the shortest season in the series run and beating out both the sixth (1980–1981) season and the thirteenth (1987–1988) season, which had thirteen episodes. This is also the only season in SNL history not to have a new Christmas episode, since the WGA strike spanned from November 2007 to February 2008. No changes to the cast happened over the summer and everyone from last season returned. During the strike, long-time castmember Maya Rudolph left the show, as she had no contract with SNL that year. Casey Wilson, an actress and writer who frequently performs at the Upright Citizens Brigade Theater, was hired in January 2008 to fill the void, but due to the strike, did not appear on the show until they returned on February 23, 2008. On November 5, 2007, after the episode hosted by Brian Williams, the Writers Guild of America went on strike. It was announced that SNL would air its next episode on November 10, 2007 (with host The Rock and musical guest Amy Winehouse), live on air, with a future episode to follow, featuring Jonah Hill and musical guest Kid Rock. However, on November 7, 2007, SNL&amp;amp;#39;s official website confirmed that those episodes were canceled and reruns would be seen beginning November 10, and would continue during the duration of the strike. The Rock/Winehouse show was canceled, along with the Jonah Hill/Kid Rock episode (though Jonah Hill would get a second opportunity, when he hosted the March 15 episode, with musical guest Mariah Carey [filling in for a flu-stricken Janet Jackson] and The Rock would host next season, with musical guest Ray LaMontagne. Amy Winehouse would never get the chance to be a musical guest, host, or even cameo due to her death in 2011). During the strike on November 17, 2007, the cast of the show, along with host Michael Cera and musical guest Yo La Tengo performed an &amp;amp;quot;episode&amp;amp;quot; of the show entitled Saturday Night Live - On Strike! at the Upright Citizens Brigade Theatre (co-founded by cast member Amy Poehler) in New York City. Every cast member except for Maya Rudolph appeared, with former cast members Horatio Sanz and Rachel Dratch and musician Norah Jones making cameo appearances.[1] On February 12, 2008, the strike was announced to be officially over with a 92.5% vote. Production continued on February 18, 2008 for the February 23, 2008 episode, hosted by former SNL cast member Tina Fey with musical guest Carrie Underwood. This season also saw the death of the show&amp;amp;#39;s very first host: edian/actor George Carlin. A scheduled rerun of the episode hosted by Ellen Page was replaced with a rerun of the show&amp;amp;#39;s very first episode, which had Carlin as host and Janis Ian and Billy Preston as musical guests. 本站每天第一时间更新，为您提供 周六夜现场 第三十三季在线观看,是您观看精彩大片和娱乐学习的好地方！